When the power grid fails and back-up generators are needed they don’t always work.  One of the main reasons they don’t work is fuel in the generator goes bad or there isn’t enough fuel in them.
​

#1. Generator is Out of Fuel
Lack of fuel is one of the most common reasons a generator fails to turn on. Make it the first thing you check if your generator won’t start. There’s a chance that low fuel can signal a fuel leak. For the most part, fuel leaks relate to human error or pump system error.
There’s always the possibility that the fuel level gauges do not read the correct gas levels. Since generators sit in the same position without any movement, fuel is prone to becoming stagnant. Some systems have automatic shutdown features if they get too low in fuel.

The generator won’t start: This may be caused by two factors: Lack of fuel: Lack of fuel or low quality fuel are often reasons generator-set engines fail to start. Fuel quality is very important for the smooth running of the generator and should always be checked.


Out of fuel – Sometimes, the level gauges may not be working properly. The gauge may get stuck in position, showing that there is still plenty of fuel when in fact it is almost empty.

A Healthy Fuel System that monitors the fuel by taking samples & readings of the health & levels of the fuel.  The readings are then sent to an app where it notifies the managers or owners.

1. Memorize your part of the script: 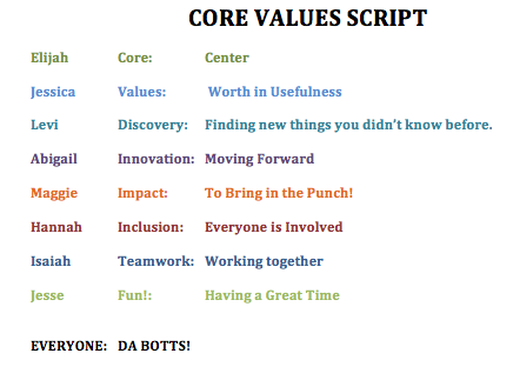 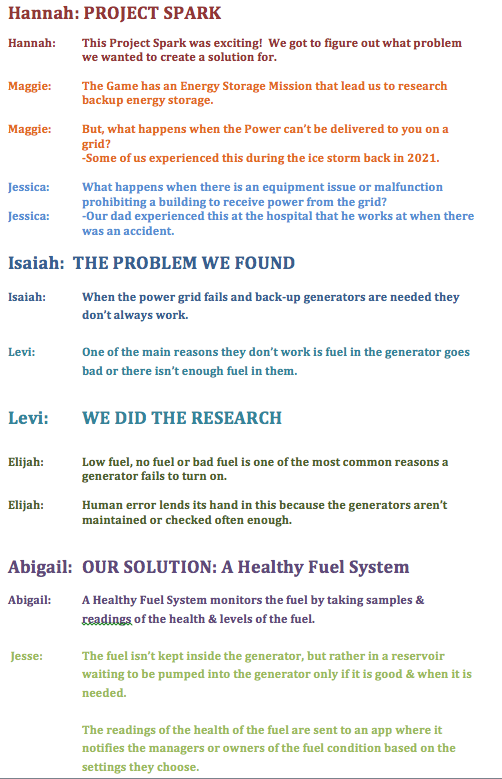 2. DON'T FORGET TO Grade Yourself on the Rubric​ and bring it on the 13th.